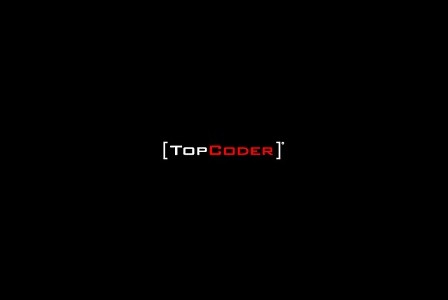 Create a class Transform that contains the method palindrome, which takes a number N that is to be transformed and returns a number that is the resultant palindrome from this process. Of course if N is already a palindrome, return it without changing it. Though it is theorized that all numbers can be transformed to palindromes in this way, some numbers do not converge in a reasonable amount of time. For instance, 196 has been carried out to 26,000 digits without finding a palindrome. So if the method finds that the resultant palindrome must be greater than 1,000,000,000, return the special value -1 instead.

NOTES
– Leading zeroes are never considered part of a number when it is reversed. For instance, 12’s reverse will always be 21 regardless of whether it is represented as 12, 012, or 0012. Examples with leading zeroes use the leading zeroes for clarity only.

TopCoder will ensure the validity of the inputs. Inputs are valid if all of the following criteria are met:
– N will be between 1 and 10000 inclusive.

2) Binary strings, as most of us know, are composed solely of 0’s and 1’s. Sometimes it is necessary to turn all the bits either on (1) or off (0). However, sometimes it is not possible to just pick and flip individual bits. In this hypothetical scenario, it is only possible to flip bits in a contiguous segment which is a subset of the contiguous segment which was flipped immediately prior to it. For example, if bits 2-4 are flipped, it is not legal to flip bits 3-5 next, or bits 1-3. However, bits 3-4 or bits 2-3 would be legal. The first segment to be flipped can be located anywhere in the sequence.

Create a class BitFlipper which contains a method minFlip which determines the minimum number of bits that must be flipped under the above restriction in order to get all the bits set to 0. For purposes of this problem, to flip a bit means to change it from 0 to 1 or from 1 to 0.

Method signature (be sure it is declared public): int minFlip (String bits);

TopCoder will ensure the validity of the inputs. Inputs are valid if all of the following criteria are met:
* bits will be between 0 and 50 characters in length, inclusive
* bits will contain only 1’s and 0’s.

Below is the code for problem 1 (Palindrome):

Ouput of the above code:-

Let’s dig deeper into this code.

Transform() loops through until number checks positive for palindrome or loop count exceeds the said limit (say 26,000 here).sumDigits() returns the sum of digits of given number. This is achieved by extracting digits one by one from number  by modulo 10 and diving number by 10 until it reaches 0.

reverseNumber() reverses the number passed to it as argument by extracting each digit using the modulo 10 technique and multiplying that number with equivalent powers of 10 to get the reverse number at the end.

Below is the code for problem  2 (BitFlipper):

Ouput of the above code:-

Please comment if you have any doubts regarding the above algorithm and stay tuned for more interesting stuff.