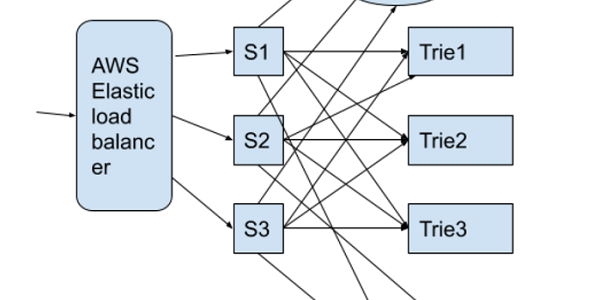 Below is the Architecture diagram explaining the design pictorially 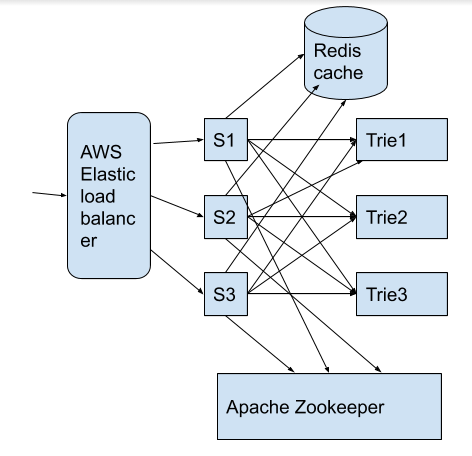 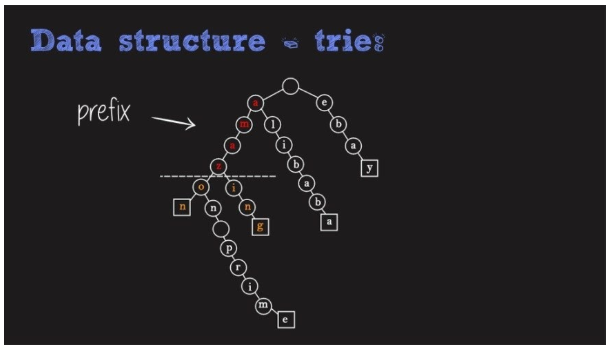 As seen in the above diagram, a Trie is a tree like data structure where different characters are stored in the tree node. Multiple words starting with the same character will all be the children of that particular node. Thus this tree will be an N-ary tree.

# Trie node class
def __init__(self):
self.children = [None]*26
# isEndOfWord is True if node represent the end of the word
self.isEndOfWord = False

Source taken from wikipedia. It will have a maximum of 26 children and isEndOfWord acts like a pointer to the next children and will be False or NULL for the last child of the node.

For the sake of simplicity as this is a standard algorithm, I am taking this info from wikipedia for insert and find a node in the trie tree.

Note that children is a dictionary of characters to a node’s children; and it is said that a “terminal” node is one which represents a complete string.

A trie’s value can be looked up as follows:

def find(node: Node, key: str) -> Any:
for char in key:
if char in node.children:
node = node.children[char]
else:
return None
return node.value

Insertion proceeds by walking the trie according to the string to be inserted, then appending new nodes for the suffix of the string that is not contained in the trie:

Performance:- Insert and search in this tree costs O(key_length), however the memory requirements of Trie is O(ALPHABET_SIZE * key_length * N) where N is the number of keys in Trie.

Scaling:- Let’s say with time our data grows and it can’t be fit in one trie node. So we will split the data into multiple nodes and Zookeeper entry will look like:

We can also replicate this data across multiple EC2 instances spanned across the same or different availability zones for improving the data availability, and up time. We can employ AWS Route 53 for serving data based on edge locations as the data keeps growing. This will ensure a high degree of scalability, availability and durability.

Based on search trends, we will keep updating the database and assign weights to different search queries like google and will flash the most highly searched queries on top in the suggestions followed by those with lower weights. A background job will keep running every hour and flush data in the DB based on these top search trends.

<< What is Quantum Computing
Designing a URL Shortening service like TinyURL >>