Given an array of positive numbers and a positive number ‘S’, find the length of the smallest contiguous subarray whose sum is greater than or equal to ‘S’. Return 0, if no such subarray exists.

Explanation: The smallest subarray with a sum greater than or equal to ‘7’ is [8].

One simple solution is the brute force solution as seen in the previous blog
but it’s not effective, so this problem is another example of sliding window pattern and can be solved using the same approach as before.

This problem follows the Sliding Window pattern and we can use a similar strategy as discussed in Maximum Sum Subarray of Size K. There is one difference though: in this problem, the size of the sliding window is not fixed. Here is how we will solve this problem: 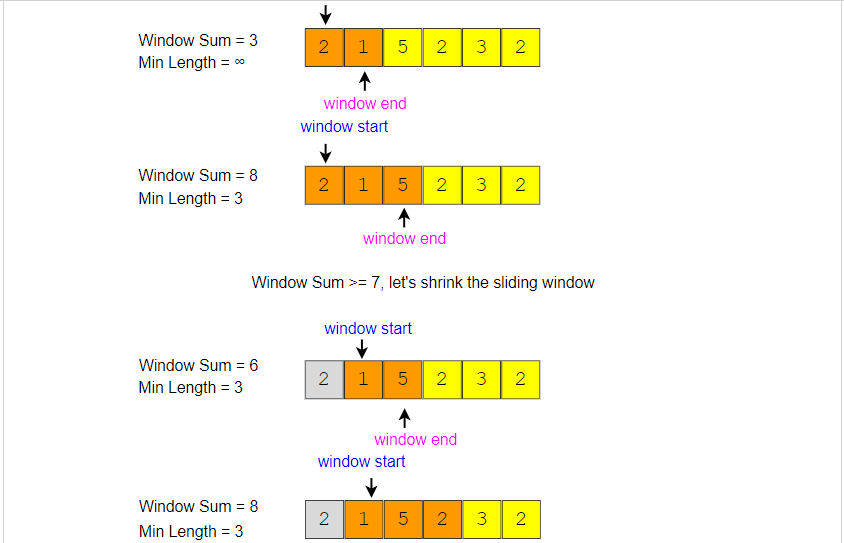