Given a string, find the length of the longest substring in it with no more than K distinct characters.

Explanation: The longest substring with no more than ‘2’ distinct characters is “araa”.

Explanation: The longest substring with no more than ‘1’ distinct characters is “aa”.

Explanation: The longest substrings with no more than ‘3’ distinct characters are “cbbeb” & “bbebi”.

As seen in the FINDING MAX SUM OF SUBARRAY WITH A GIVEN LENGTH IN AN ARRAY problem, a basic brute force solution can be employed by finding all substrings with length <= K, but that isn’t an effective solution and hence we will not discuss it.

This problem follows the Sliding Window pattern and we can use a similar dynamic sliding window strategy as discussed in Smallest Subarray with a given sum. We can use a map to remember the frequency of each character we have processed. Here is how we will solve this problem:

Here is the visual representation of this algorithm for the Example-1: 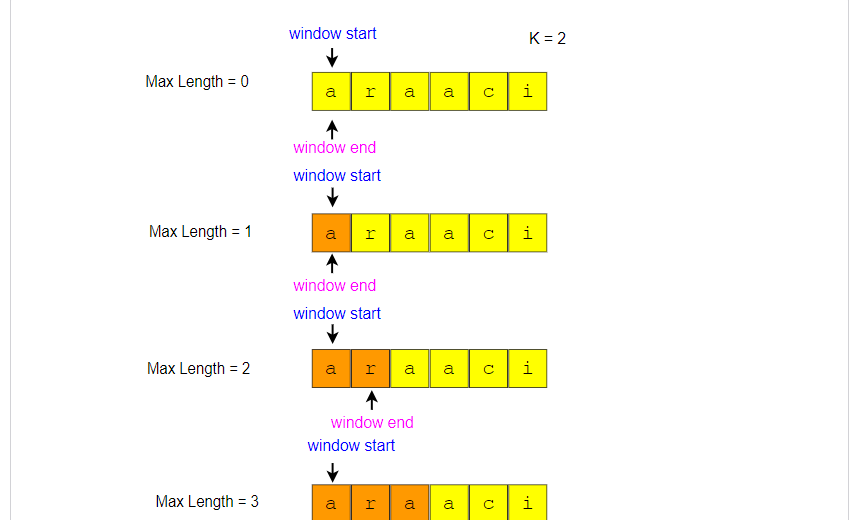 substring with no more than K distinct characters

The space complexity of the algorithm is O(K), as we will be storing a maximum of ‘K+1’ characters in the Map.